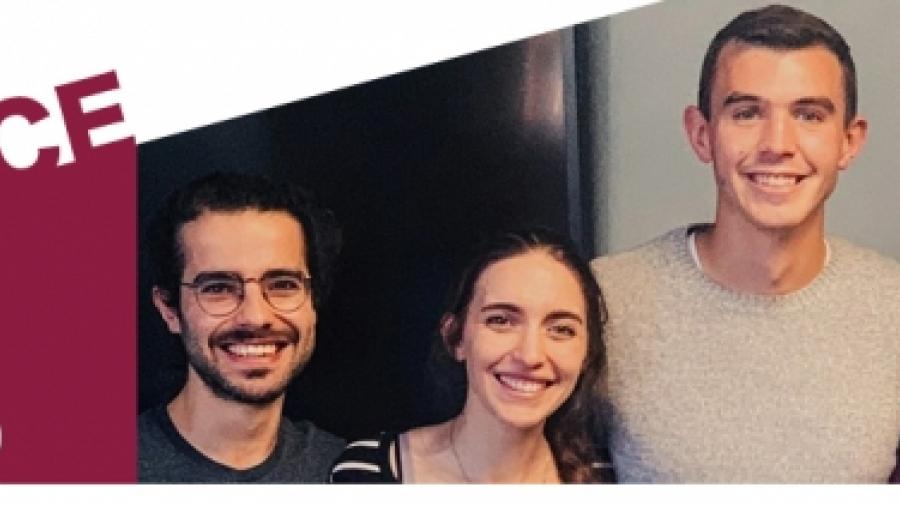 As members of the Arizona Science and Policy Network, or AzSPN, three Biology and Society graduate students, Erin Murphy, Levi Helm, and Infynity Hill, have been advocating with two other students in SoLS, Miranda Bernard, and Álex Tuñas-Corzón, to improve waste management in the state of Arizona.

Over the past few months, the students learned about Arizona’s regulatory framework for waste management, interviewed sustainability and recycling coordinators from municipalities across the state, and met with collaborators from the Arizona Department of Environmental Quality and the city of Phoenix to learn more about the challenges Arizona recycling faces. They then read existing legislation and studied bills from across the United States to better understand potential regulatory mechanisms to address these problems. Using this information, they developed policy recommendations specific to the needs of Arizona municipalities.

On February 6th 2020, three people from the waste management group headed to the capitol for the AzSPN’s Science Day event. Science Day aims to bring together scientists and policymakers to work towards a better future for Arizonans. The event began with an exposition where representatives visited different tables and speak to graduate students about environmental, technological, and social issues in Arizona. Many legislators visited the waste management group’s table. Legislators from both the House and Senate were interested in the issue of recycling. The group’s main point of advocacy was for the appropriation of the recycling grant which the Arizona government has not been funding over the last 10 years.

As a result of these efforts, the waste management group has since met with two members of the House of Representatives, Rep. Mitzi Epstein (D-18) and Rep. Domingo DeGrazia (D-10), who are interested in proposing their bill ideas in the next legislative session in 2021. Additionally, the group has acted as an expert for legislators to outline possible implications of waste management bills that are being considered in the ongoing session. Murphy, Helm, Hill, Bernard, and Tuñas-Corzón aim to submit a policy memo with their policy recommendations to the Journal of Science Policy and Governance by the end of the semester and use this to begin drafting bills in partnership with these representatives.