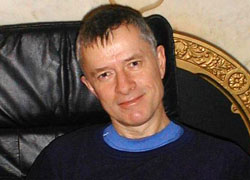 The Philip J. Pauly Collection consists of article reprints, books, research notes, manuscripts and correspondence donated to the Arizona State University Center for Biology and Society by the late historian’s family in 2009. The collection includes materials ranging from graduate school papers to projects in progress at the time of his death in April 2008.

Dr. Pauly received his PhD from Johns Hopkins University in 1981, followed by postdoctoral fellowships at the Smithsonian Institution and Ohio State University and a career at Rutgers University, becoming a full professor in 2001. He was an active and creative personality, fondly remembered for his participation in the History of Science Society and International Society for the History, Philosophy, and Social Studies of Biology.

Dr. Pauly wrote three books, all of which were (and remain) very well received. As a body of work they demonstrate his commitment to investigating and revealing the interplay of life science and American society as a major feature of United States history.

Controlling Life: Jacques Loeb and the Engineering Ideal in Biology (1987) showed how Loeb helped transform biology from a science of describing to a science of creating and controlling, a transfer and re-application of the “engineering ideal” to a new realm of endeavor.

Biologists and the Promise of American Life: From Meriwether Lewis to Alfred Kinsey (2000) explored the role of biological science and progressive scientific ideals in shaping America and Americans’ expectations for improvement of plants, animals, and people.

Fruits and Plains: The Horticultural Transformation of America (2008) framed early scientific horticultural research as nascent biotechnology and explored the process and consequences of introducing and hybridizing plants for commercial exploitation from industrial farming to suburban beautification. The book received a Council on Botanical and Horticultural Libraries Annual Literature Award in 2009.

Phil Pauly was a friend, colleague and sometime mentor to ASU Center for Biology and Society faculty and early students. His documents serve not only as a scholarly resource but also as a commemoration of the role he played in our lives, and we are pleased and honored to preserve them here.