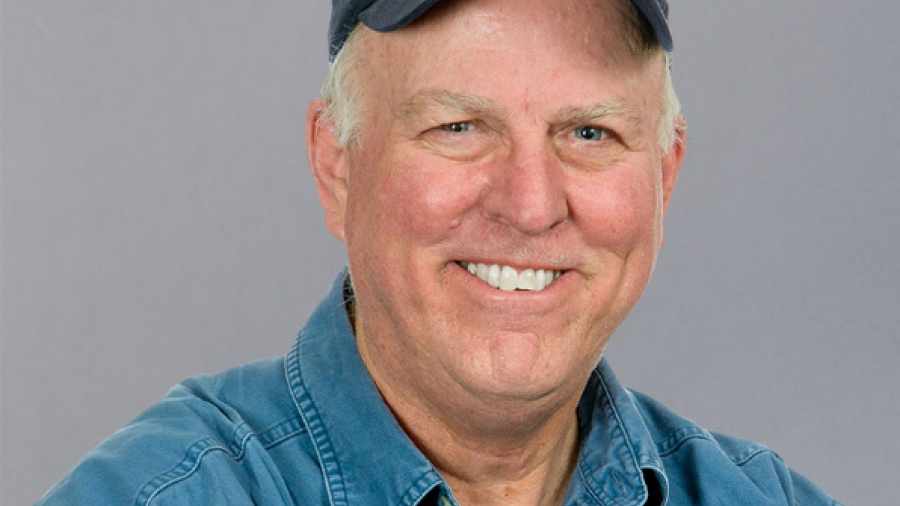 Is Fire Season Upon Us?

ASU Professor Emeritus Stephen Pyne  says fire season dates back thousands of years; it is an interaction between people, nature

This week’s Tunnel Fire north of Flagstaff surprised people — not because it spread so rapidly and has scorched approximately 20,000 acres in a matter of days — but because it happened in April.

In its wake, the fire extinguished the Sunset Crater Volcano National Monument and forced thousands to flee their homes.

Fire season in Arizona is usually associated with summer, but we’re not quite there yet. In fact, we’re about eight weeks from June 21 — the first official day of summer.

Will fire season start earlier this year due to climate change? Or is 2022 a fluke? ASU News has called on environmental historian Stephen J. Pyne to answer these questions.

Pyne is a professor emeritus in the School of Life Sciences and the author of more than 30 books, mostly on the history of and management of wildland and rural fire. He spoke to ASU News this week to discuss Arizona’s fire season and its causes.

Question: Is fire season upon us in Arizona?

Answer: Fires follow a rhythm of wetting and drying. You have to grow fuel, then prepare it to burn. Winter rains, a long dry spell, summer monsoon, fall dryness — Arizona’s annual climate cadence is an ideal formula for fire. Our traditional fire season begins with spring drying and ends when — and if — the summer rains come in force. The variable is ignition. Lightning is very effective — southern Arizona is the country’s epicenter for lightning-caused fires. But in the spring, only people cause fires, so the onset of "fire season" is an interaction between people and nature. That holds even as climate change lengthens the historic dimensions of fire season.

Q: Was there ever a time in Arizona when there was no such thing as fire season, or has it always been with us?

A: Fire season has existed since the climatic pattern explained above took shape, part of the adjustments that followed the end of the last glacial maximum. While Arizona didn’t have ice sheets, it felt the effects of that earlier climate. How long ago did the modern era begin? Probably 6,000–8,000 years ago.

Q: Are there certain tools or technologies that help determine when fire season is here?

A: Rainfall gauges, hydrothermographs (measuring relative humidity and temperature) — fire starts all track wetting, drying and ignition. But it’s not just the physical conditions; prior to the onset of monsoon storms, people are the source of ignition. The highest day for fire starts nationally is the Fourth of July, with all its fireworks.

Q: And speaking of technology, have there been any new enhancements introduced lately in wild fire management?

A: Real-time fire mapping and fire behavior modeling have improved, but wind is the primary driver of big fires, and wind at a local scale can be difficult to forecast. Drones have increased our capacity to set fires, either as emergency backfires or as deliberate (prescribed) burning to enhance ecological health and dampen fuels. Our ability to manage fire does not rely on technology so much as policy, which is to say, how do people relate to the land around them and how does fires function as a medium of exchange between them?

Q: Since this is Earth Week at ASU, what is your personal philosophy in regards to global warming and forest fires?

A: Humans had long burned but always in living landscapes. These came with checks and balances. You couldn’t burn everywhere at all times. Then we began to burn lithic landscapes (once living, now fossilized biomass). This can occur day and night, winter and summer, through wet or dry. It’s unbounded and has overloaded all the mechanisms the Earth had evolved over the course of 400 million years to absorb fire’s effects.

Climate change is one aspect of this transition in humanity’s fire habits. So I consider climate history now as a subnarrative of fire history. The shift to fossil fuels has also remade land use and fire practices, which have powerfully affected fire’s presence and how people in developed countries imagine fire. What used to be tame, working fires have become feral. Is it not paradoxical that megafires are a pathology of the developed world? How these two realms of burning interact — fire in living landscapes with fire from lithic ones — is shaping the planet. We’re created the fire equivalent of an ice age, what I call the Pyrocene.