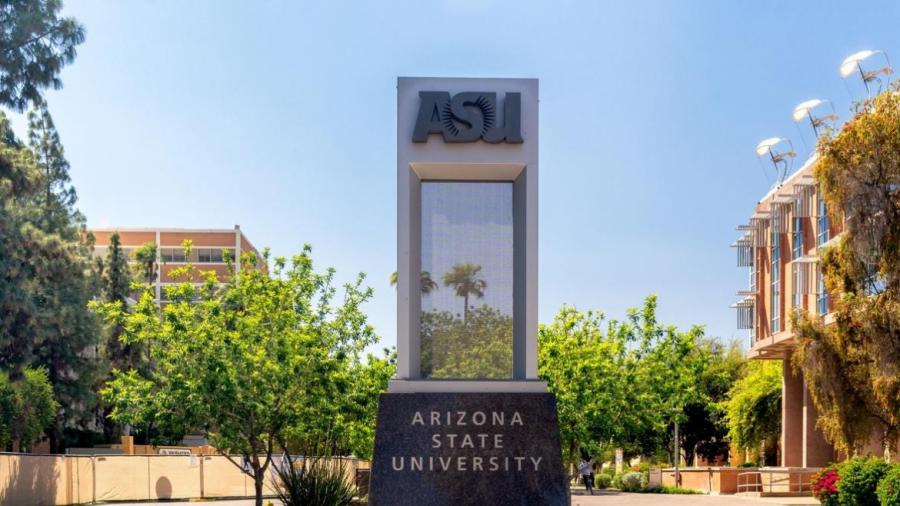 The American Association for the Advancement of Science (AAAS), the world’s largest general scientific society and publisher of the Science family of journals, has elected seven outstanding faculty from Arizona State University to the newest class of AAAS Fellows, among the most distinct honors within the scientific community.

AAAS has awarded the following faculty members from ASU:

“This is an incredible and well-deserved recognition of the outstanding scholarship these faculty have contributed to their fields,” said Sally C. Morton, executive vice president of ASU’s Knowledge Enterprise. “For the university to have seven newly-elected AAAS fellows speaks to the incredibly high caliber of work taking place here at ASU.”

The 2021 class of AAAS Fellows includes 564 scientists, engineers and innovators spanning 24 scientific disciplines who are being recognized for their scientifically and socially distinguished achievements.

“AAAS is proud to bestow the honor of AAAS Fellow to some of today’s brightest minds who are integral to forging our path into the future,” said Sudip Parikh, AAAS chief executive officer and executive publisher of the Science family of journals. “We celebrate these distinguished individuals for their invaluable contributions to the scientific enterprise.”

Read on to learn about the ASU AAAS 2021 Fellows’ individual scientific achievements. Sara Brownell
For high impact contributions to advancing inclusion, diversity and equity in STEM education through research and national outreach demonstrating how to support learning in all students, whatever their needs.

At Arizona State University, Brownell has received six teaching and/or mentoring awards and directs the Research for Inclusive STEM Education Center. As a science faculty member with an education specialty, she uses both qualitative and quantitative data to better understand how to create more inclusive undergraduate biology learning environments. Her research has been internationally recognized and featured in Science Magazine, as well as in numerous news outlets, including The New York Times, CNN and Scientific American.

Brownell's interests in undergraduate biology education are broad, but her current work has focused on three main avenues. She investigates the impact of undergraduate research experiences on students, specifically students enrolled in course-based research experiences. She has developed a programmatic assessment for biology majors that focuses on the core concepts of biology. She also explores issues related to access and inclusion in undergraduate biology, specifically the experiences of women, religious students, LGBTQ students and transfer students.

She has published 104 total publications and has been awarded national research awards. 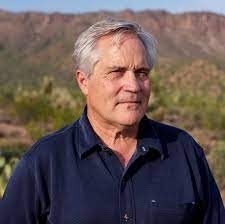 Kip Hodges
For foundational and sustained contributions to the understanding of mountain building processes through research in the Himalayan-Tibetan orogenic system.

Hodges joined ASU in 2006 as founding director of the School of Earth and Space Exploration and continued to serve in that capacity until 2013. With expertise in both Earth system science and planetary science, his wide-ranging research integrates field, laboratory and theoretical science, with a dash of systems engineering.

“It’s very gratifying to be honored by my peers in the scientific community,” Hodges said. “My research is highly collaborative, and I feel grateful for having such wonderful colleagues here at ASU and beyond. ASU provides an especially nurturing environment for someone like me, who tends to work across traditional disciplinary boundaries, and I’ve tried my best to take full advantage.”

He directs the Group 18 Laboratories at ASU, which is noted for creative approaches to constraining the thermal evolution of terrestrial and extraterrestrial samples through noble gas isotope geochemistry. Hodges has done field research in mountainous regions of North America, South America, Europe and especially the Himalayas and Tibet. His laboratory projects have included the development of new laser analytical techniques for noble gas isotope geochemistry. He is also active in the development of new approaches to planetary field geology using human and robotic exploration strategies.

Hodges is a fellow of both the Geological Society of America and the American Geophysical Union. Until recently, he served as chairman of the Advisory Committee on Geosciences for the National Science Foundation. He is also one of the founding deputy editors of the AAAS interdisciplinary, open access journal Science Advances. 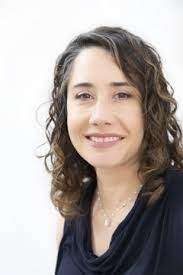 Pataki is a Foundation Professor and director of the School of Sustainability at Arizona State University. She previously served as the associate vice president for research and as a professor in the School of Biological Sciences, with an adjunct appointment in the Department of City & Metropolitan Planning.

Her work is transdisciplinary and has spanned the impacts of climate change on ecosystems, coupled human-natural processes related to urban CO2 emissions, and the role of nature, greenspace and forestry in urban sustainability.

"Everyone is looking for solutions to rising heat and climate change," Pataki said. "Trees are a particularly good solution for climate change adaptation, but in highly urbanized cities like Phoenix, there's not that much room to plant trees, so you need to be able to target designs or landscapes that work on a pretty small scale."

Pataki's research focuses on finding the right trees for the right environments so cities can make informed decisions on what type of landscape is best. She also looks at how much water is needed to maintain those trees.

"You can have a tree canopy, even in the desert, and it doesn't cost as much water as people think," Pataki said. "But the watering methods have to be different. The sprinkler irrigation that people use for their lawns is not appropriate for trees. You have to use deep watering; otherwise, the tree canopy declines. Desert cities can maintain these trees, but we have to pay attention to infrastructure, management and stewardship."

Pataki is a Fulbright Global Scholar, a James B. Macelwane Medalist, a Leopold Leadership Fellow and a fellow of both the American Geophysical Union and the Ecological Society of America.

She is the chief specialty editor for the Urban Ecology section of the journal Frontiers in Ecology and Evolution, and a member of the National Science Foundation Directorate for Biological Sciences Advisory Committee and the Advisory Committee for Environmental Research and Education. She has previously served as a program director in the NSF Division of Environmental Biology and as a member of the Environmental Protection Agency (EPA) Board of Scientific Counselors. She is also currently serving as vice president for Science of the Ecological Society of America. 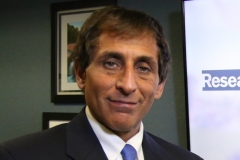 Donald Siegel
For distinguished contributions to advancing knowledge and practice of academic-business-government partnerships in technology development and innovation.

Siegel is an ASU Foundation Professor of Public Policy and Management and director of the School of Public Affairs, part of the Watts College of Public Service and Community Solutions. The school is ranked No. 13 in the country by U.S. News & World Report, and No. 2 in research, according to the Shanghai Academic Ranking of World Universities.

Watts College Dean Cynthia Lietz said she is pleased that Siegel is being recognized for his meaningful contributions to his field.

“This award offers further confirmation that our faculty are known for the quality and impact of their research,” Lietz said. “Don is a leader in the area of technology transfer and has served the field in a variety of administrative and editorial roles as well. This award is without a doubt well-deserved."

Siegel said he is honored to be included among this distinguished group of scholars for his research and public policy work on technology transfer.

“Improving our understanding of the managerial and public policy implications of technology transfer from universities and government labs to firms is critical, since this activity can generate substantial benefits for research institutions, companies, regional economies and society,” Siegel said. 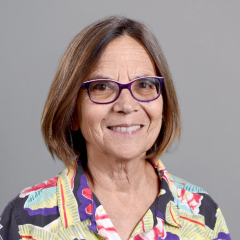 Silk, an ASU Regents Professor in the School of Human Evolution and Social Change and research scientist with the Institute of Human Origins, is an internationally recognized leader in the study of primate and human behavioral evolution. Most of Silk’s research has focused on the relationships female baboons have with other females. Her findings show that those relationships are usually formed between relatives — often mothers and daughters — and that they serve an evolutionary purpose; baboons live stressful, unpredictable lives in which they are almost always on the lookout for predators, and even attacks from individuals in their own groups. But when females are able to form strong social bonds with one another, it reduces stress and positively impacts lifetime fitness and the number of surviving offspring they have.

“My job is to surprise students with how interesting all of this is,” Silk said. “Understanding the way evolution shapes behavior in nature is just intrinsically interesting. It’s like understanding how gravity works — it’s just basic, fundamental knowledge that helps you understand the world better,” said Silk.

Though Silk has spent time in the field, her work in the lab and as an educator has been especially fulfilling. Along with Rob Boyd, her husband and collaborator, Silk has published “How Humans Evolved,” now in its ninth edition. She loves to see her students get excited about evolution, even, and perhaps especially, when it is not their chosen field of study. 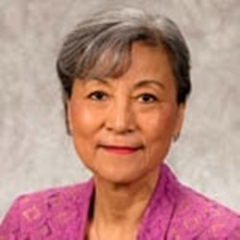 Anne Tsui
For distinguished contributions to the field of management and organizational behavior particularly for research on the critical role of ethical and credible behavior on the part of leaders in business.

Her publications have won the Administrative Science Quarterly Scholarly Contribution Award, the Best Paper in the Academy of Management Journal Award, the Outstanding Publication in Organizational Behavior Award from the Organizational Behavior Division and the Scholarly Achievement Award from the Human Resource Division of the Academy of Management.

Her book "Demographic Differences in Organizations: Current Research and Future Direction" (1999), co-authored with Barbara Gutek, was one of the three finalists for the 2000 Terry Book Award, Academy of Management. She is the recipient the Center for Creative Leadership's 2008 Walter F. Ulmer Jr. Applied Research Leadership Award. Tsui is the 87th (among 778) most-cited researcher in business and economics (from 1993 to 2003), the 21st of the top 100 most-cited management scholars from 1981 to 2001, and the 49th of the 150 most-cited authors among 25,000 management authors in 30 management journals for the years 1981 to 2004. 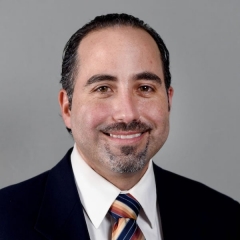 Vivoni’s research focuses on hydrologic processes and their interactions with ecologic and atmospheric phenomena, with an emphasis on semiarid and arid regions of North America.

“I view my research as representing ASU’s approach of interdisciplinary, use-inspired global impact, which is closely aligned with the AAAS mission,” Vivoni said. “As such, it is quite humbling to be recognized as a fellow of AAAS, as this adds a new set of responsibilities to scale up ASU’s hydrologic science, engineering and sustainability efforts for the benefit of society.”

Over the course of his career, he has pursued fundamental research in the hydrology of natural and urban systems and linked the work to sustainability and resource management. In addition, his work on the U.S.-Mexico border region has led to sustained binational collaborations.

Vivoni has won a number of local and national awards in recognition of the interdisciplinary nature of his work on water, climate and landscapes of North American deserts. These awards include serving twice as the Fulbright-Garcia Robles Scholar, the Leopold Leadership Fellowship, the Huber Prize for Civil Engineering Research, the Quentins Mees Research Award from the Arizona Water Association and the Presidential Early Career Award for Scientists and Engineers.

The AAAS Fellows tradition stretches back to 1874. AAAS Fellows are a distinguished cadre of scientists, engineers and innovators who have been recognized for their achievements across disciplines ranging from research, teaching and technology to administration in academia, industry and government, to excellence in communicating and interpreting science to the public.

The new fellows will receive an official certificate and a gold and blue rosette pin to commemorate their election (representing science and engineering, respectively) and will be celebrated later this year during an in-person gathering when it is feasible from a public health and safety perspective. The new class will also be featured in the AAAS News & Notes section of Science in January 2022.