2009 Seminar: Theory in the Life Sciences 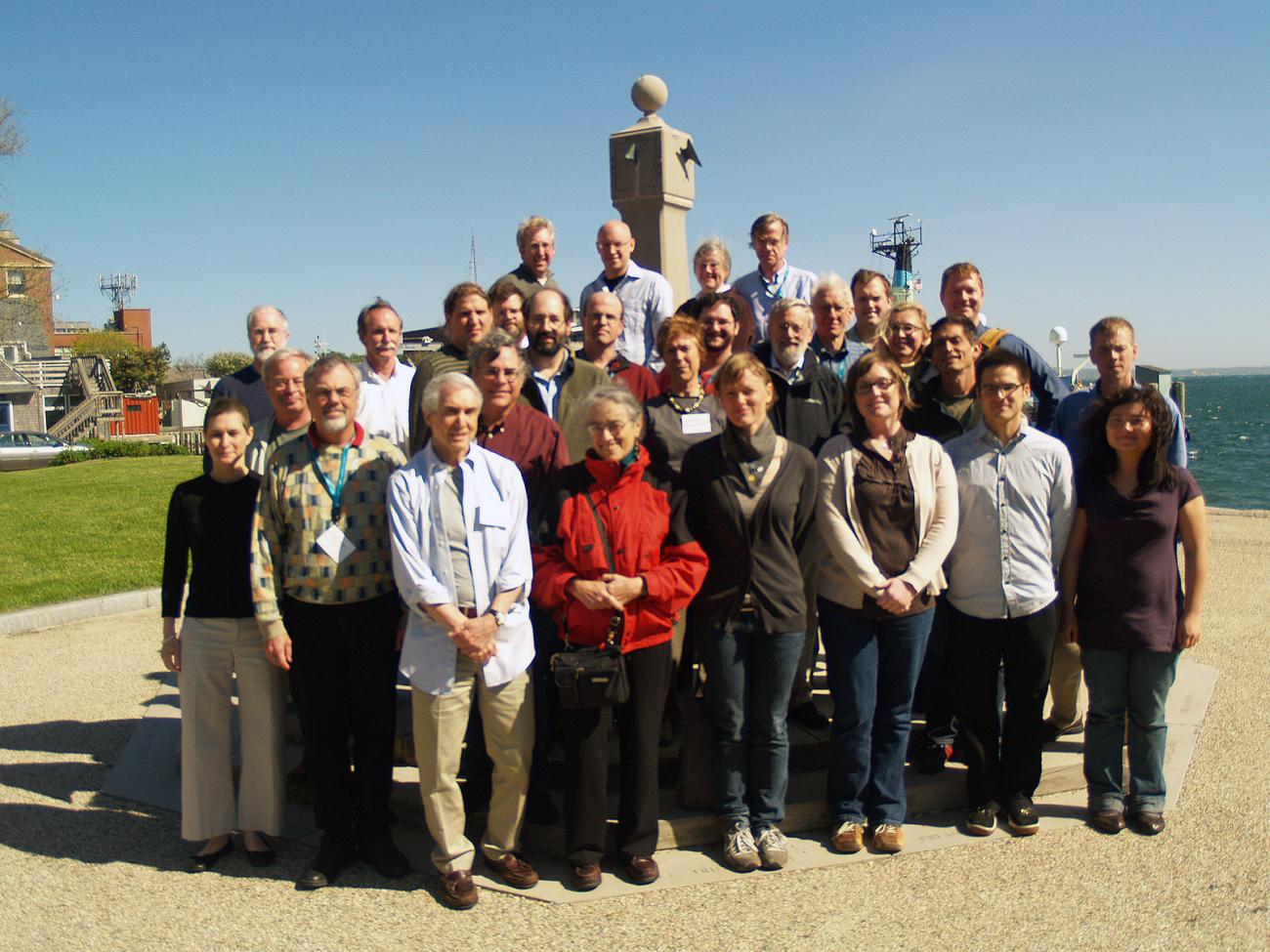 The MBL-ASU History of Biology Seminar is an intensive week with annually varying topics designed for a group of no more than 25 advanced graduate students, postdoctoral associates, younger scholars, and established researchers in biology, history, philosophy, and the social sciences.

At the dawn of the modern area of -omics based biology and a decade before completion of the human genome project, Nobel Laureate Walter Gilbert predicted: “The new paradigm, now emerging, is that all the 'genes' will be known (in the sense of being resident in databases available electronically), and that the starting point of a biological investigation will be theoretical. An individual scientist will begin with a theoretical conjecture, only then turning to experiment to follow or test that hypothesis.” (Gilbert 1991) Today, more than fifteen years after this statement, it is still largely a prediction about the future. At the start of the 21st century the discipline of biology is faced with a combined data and theory crisis; it has too much of the former and not enough of the latter, a fact that is now beginning to be widely recognized.

But what do we mean by "theory" in biology? This covers a number of related notions--theory, model, concept, law of nature--which have throughout the history of biology played central roles in representing reality, explaining and understanding phenomena, organizing and integrating disciplines, suggesting further areas of inquiry, and providing a means for intervening in the world in effective ways. Importantly, theories, models, etc. are the outcomes of practices. How does one go about modeling? And to what ends? How does one go about integrating disciplines? And to what ends? How do theories guide interventions? And to what extent has intervention motivated theorizing? We will consider these and similar issues historically/contextually and philosophically, guided by carefully worked-out case studies.

The seminar will focus on the meaning of "theory in biology" as well as "biological theory." What makes biological theories different from theories in the physical sciences, and how has this issue been addressed throughout the twentieth century? A century ago, one of the major concerns of theoretical biology was to establish the independence of biology as a science. Around 1900 the dominating scientific paradigm was physics and the goal of scientific explanation was to reduce complex phenomena, such as those found in chemistry or biology, to a combination of fundamental (physical) forces and processes. However, for an increasing number of biologists, such as embryologist turned philosopher Hans Driesch, the real challenge was to ascertain the fundamental (or ontological) independence of biology. To support their argument, these early 20th century biologists established a system of fundamental properties and attributes of living systems. The first visible result of these discussions was the formulation of “General Biology” that was based primarily on the recognition of a set of fundamental properties of life. In that sense “General Biology” was the first concrete manifestation of early 20th century “Theoretical Biology.”

Historical research into the development of theoretical and experimental practices of biology plays a crucial role in understanding the conceptual foundations of biology. The crucial assumptions and conceptual constraints, the details of the central experimental systems or original formal models, as well as the supporting data and measurements are generally not part of the current formulations of biological theories. Without such knowledge it will be difficult to accomplish the kind of theoretical synthesis that is envisioned as the basis of a 21st century biology.

Accordingly, this year’s ASU-MBL seminar will explore the role of theory in the life sciences from multiple scholarly angles including history and philosophy of biology as well as theoretical biology itself. The seminar is an excellent opportunity for graduate students interested in any aspects of history, philosophy or theory of biology to refine and shape their research. It is also an excellent opportunity for biologists to become involved with history, and historians/philosophers/social scientists to become involved with the current discussions in theoretical biology. The seminar is intended for all scholars with an interest in these questions and their relations to other sciences and society.