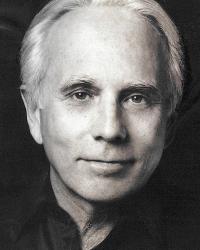 Dr. David Hull, a friend and colleague to many in the Center for Biology and Society, passed away in August after a prolonged battle with pancreatic cancer. He passed away at home, among family and friends. He will be missed by all who knew him.

In his memory and as recognition for his long and distinguished career, the International Society for the History, Philosophy, and Social Studies of Biology has recently announced the David L. Hull Prize, which recognizes "extraordinary contribution to scholarship and service that promotes interdisciplinary connections between history, philosophy, social studies, and biology."

The David L. Hull Collection consists of books from philosopher David Hull's personal library. They were donated to the Arizona State University Center for Biology and Society by Dr. Hull in December, 2009. The collection includes a number of out-of-print books and is a veritable treasure trove of published works on evolutionary biology, systematics and taxonomy, psychology, Darwin, and the philosophy of science. Hull's personal papers and archives are housed in the Archives of Scientific Philosophy at the University of Pittsburgh.

Dr. Hull received his education at Illinois Wesleyan University and Indiana University, where he received the program's first PhD in the history and philosophy of science. He spent the next 20 years teaching both biology and philosophy at the University of Wisconsin, Milwaukee. From 1985-2000, Dr. Hull taught at Northwestern University, and in 1989, became the Dressler Professor in the Humanities. He retired in 2000 as Emeritus Professor and died in 2010.

During his long and distinguished career, Dr. Hull received numerous awards and grants, including honorary doctorates at the University of Guelph and his alma mater, Illinois Wesleyan University. He was a member of many professional societies and the past president of the Philosophy of Science Association, the Society of Systematic Zoology, and the International Society for the History, Philosophy, and Social Studies of Biology.

Dr. Hull is widely regarded as promulgating the field of research that became the philosophy of biology, and his career was devoted to understanding how science, and biology in particular, works. His 1988 book, Science as a Process: An Evolutionary Account of the Social and Conceptual Development of Science is perhaps his most well-known and controversial work. Scientific change occurs, according to Dr. Hull, in much the same way that evolutionary change occurs in the natural world - via repeated cycles of variation, replication, competition, and environmental interaction. In developing a general theory of selection, Dr. Hull sought to explain how both conceptual change in scientific ideas and biological change in populations of organisms occur. One of his earliest ideas that has stood the test of time is the notion that species are individuals rather than classes of things with essential features. More than making a philosophical statement about the ontological nature of species, Dr. Hull pushed the "individuality thesis" to challenge long-held beliefs about the nature of variability in humans. His 1986 paper, "On Human Nature," which was delivered as his presidential address to the Philosophy of Science Association, remains, according to Dr. Hull, his most memorable work.

Although his academic achievements are prodigious, they nevertheless rank behind Dr. Hull's influence in the larger community. Dr. Hull was an activist for many causes and well-regarded for his work with disadvantaged youth. He was an avid artist and painter and a dear friend to many. His generosity made a difference in many lives and will be remembered for years to come. We are grateful for Dr. Hull's donation and proud to house the David L. Hull Collection.